Houston, TX – YPE Houston is pleased to announce that John Christmann, President and Chief Executive Officer for Apache Corporation will keynote its annual Executive Leadership Reception held during Offshore Techonolgy Conference (OTC) week on Tuesday, May 2nd. The event will be held at The Junior League of Houston, Inc., and will feature a cocktail networking hour prior to Christmann’s presentation and a cocktail reception to immediately follow.

Christmann will share the insights and leadership principles gained throughout his distinguished career, focusing on rising to the challenge and being opportunistic during turbulent times. He will touch on Apache’s recent strategies and where the company resides today – owning one of the largest discoveries in a decade with one of the strongest balance sheets in the business.

“We’re excited to have Mr. Christmann join us for what has become one of our signature annual events,” said Stephen Morgan, YPE Houston President. “I’m confident his comments on rising to the challenge and staying steadfeast through trying times will be well-received by our group.”

In previous years, attendees have benefited from the insights of industy leaders and trailblazers such as Martin Craighead, Baker Hughes CEO, and Charif Souki, previous CEO of Cheniere Energy and co-founder of Tellurian Investments, among others. This event offers attendees the chance to hear personal insights from top industry leaders in the business on professional development while providing the ability to network one-on-one with like-minded inviduals. Event sponsors include Apache Corp., Rice University Jones Graduate School of Business, Vinson & Elkins LP, PwC, Citi Bank, and AON.

YPE is a 501(c)3 non-profit organization which aims to facilitate the advancement of young professionals in the energy industry around the world through social, educational, and civic service oriented events. Through this avenue, our members gain insightful experiences and information that help young professionals become tomorrow’s leaders. 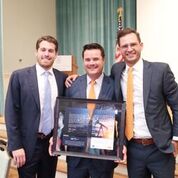 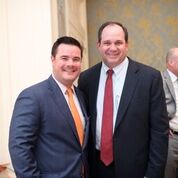 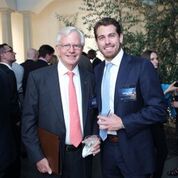 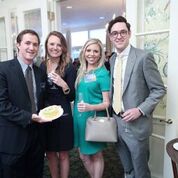 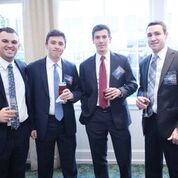