As with all YPE event, this is a non public, off the record discussion, no video recording equipment is allowed of any kind (posting photos on social media is allowed), and no outside media permitted.

All RSVPs are requests only due to limited capacity; final attendees will be provided a confirmation prior to the event due to capacity and building security policies.

Among his achievements, California Gov. Jerry Brown signed into law a microgrid bill (SB 1339-Stern) in September 2018 that is expected to boost project development in the state and perhaps nationally. The bill has won high praise from microgrid players because it opens the door to utility microgrid tariffs that are expected to create greater cost certainty, making projects easier to finance. The bill also is designed to create more predictable timing for interconnection of microgrids to the central grid. 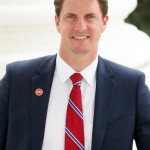 7:05pm Open for Q&A from attendees

Stern is a sixth-generation Californian with family roots in agriculture and entertainment, Senator Stern was elected to represent the 27th Senate District, which includes parts of Los Angeles and Ventura counties, in 2016. A former civics teacher and environmental lawyer, Stern is the first millennial elected to the California State Senate. He enjoys volunteering at his local Boys & Girls Club, hiking, surfing and cooking. Stern is an alumnus of Harvard University and UC Berkeley Law.